Ostrava is a city in the north-east of the Czech Republic and is the capital of the Moravian-Silesian Region. GIS Ostrava is a yearly conference organized by Jiří Horák and his team at the Technical University of Ostrava. University has a nice campus with a number of new developments. I have learned that this is the largest university campus in central and eastern Europe, as most of the universities, like mine, are city universities with buildings dispersed around the city.

During the conference, I gave an invited talk on “Data Science for Everyone” and showed how Orange can be used to teach basic data science concepts in a few hours so that the trainee can gain some intuition about what data science is and then, preferably, use the software on their own data. To prove this concept, I gave an example workshop during the next day of the conference. The workshop was also attended by several teachers that are thinking of incorporating Orange within their data science curricula. 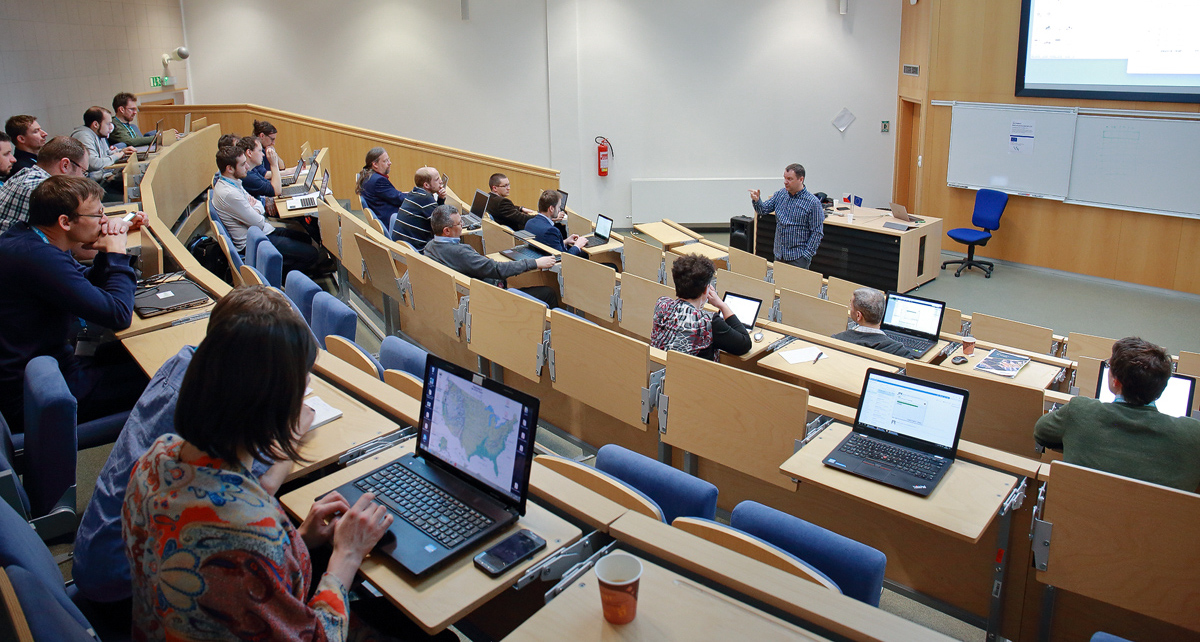 Admittedly, there was not much GIS in my presentations, as I – as planned – focused more on data science. But I did include an example of how to project the data in Orange to geographical maps. The example involved the analysis of Human Development Index data and clustering. When projected to the map, the results of clustering could be unexpected if we select only the features that address quality of life: check out the map below and try to figure out what is wrong. 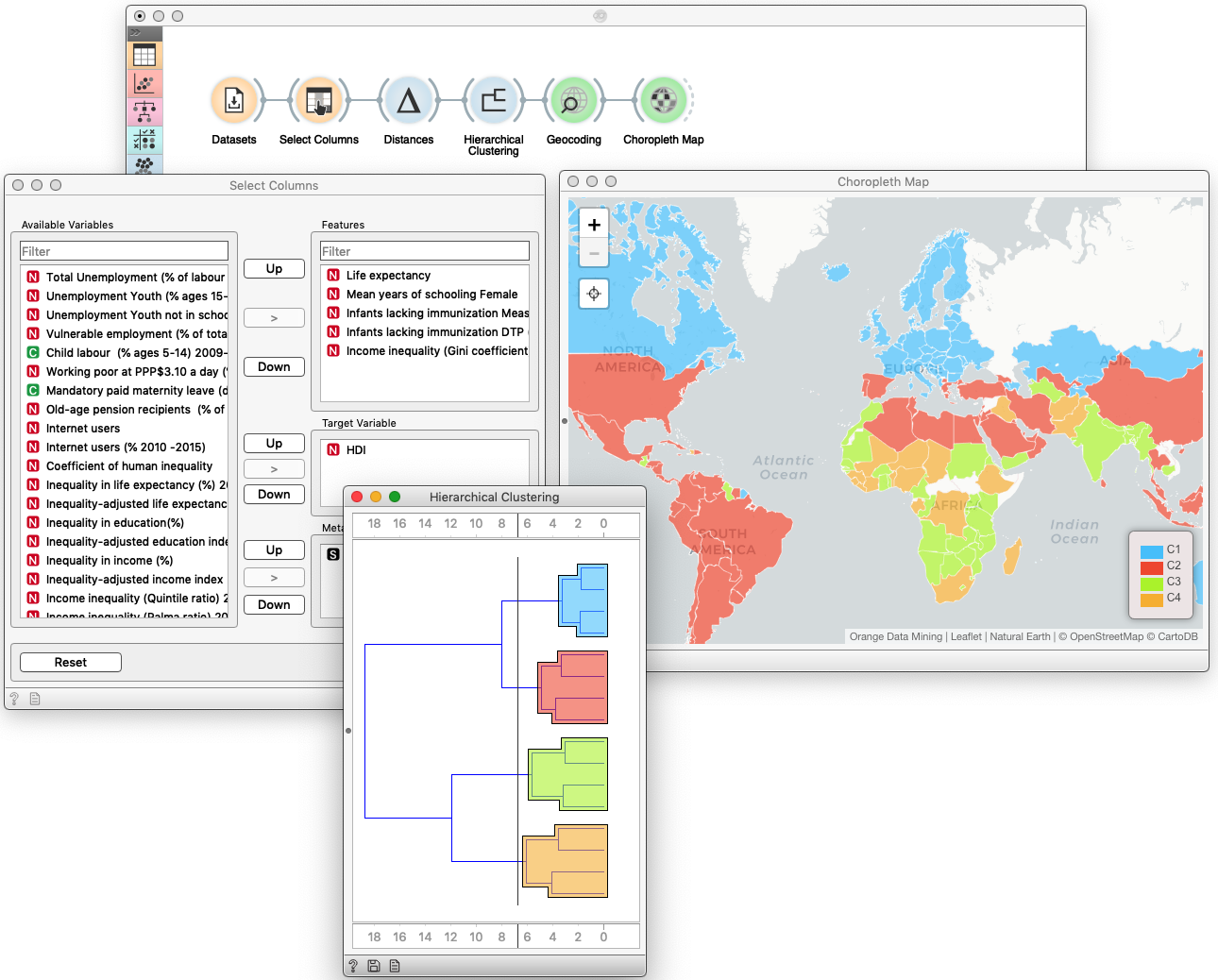 Here, I would like to thank Igor Ivan and Jiří Horák for the invitation, and their group and specifically Michal Kacmarik for the hospitality.